Duke University-led study by international scientists is the first to conclusively link a large-scale response in marine life to fertilization by pyrogenic – or fire-made -- iron aerosols from a wildfire. When trees, brush and other forms of biomass burn, these aerosols are produced. The particles are carried in smoke and ash for months, often over long distances.

Thousands of miles downwind from land, windborne ash have introduced nutrients to fuel blooms at a scale unprecedented in the Southern Ocean.

Widespread algal blooms triggered by the 2019-2020 wildland fires were “so intense and extensive that the subsequent increase in photosynthesis may have temporarily offset a substantial fraction of carbon dioxide emissions from the fires,” noted Nicolas Cassar, professor of biogeochemistry at Duke’s Nicholas School of the Environment.

The amount of carbon absorbed by that event, or by algal blooms triggered by other wildfires, that remains safely stored in the ocean versus that released back into the atmosphere is unclear.

Cassar and Richard Matear of Australia’s national science agency, CSIRO, were corresponding authors of the study, which was conducted by researchers from the University of Tasmania, Duke, the Barcelona Supercomputing Center, the CSIRO Oceans and Atmosphere program, and the Plymouth Marine Laboratory.

The group of international scientists used satellite observations, robotic ocean floats, atmospheric transport modeling and measurements of atmospheric chemistry to track the spread of pyrogenic iron aerosols from the wildfires and measure their impacts on marine productivity.

The peer-reviewed study was published 15 Sept. 2021 in Nature. 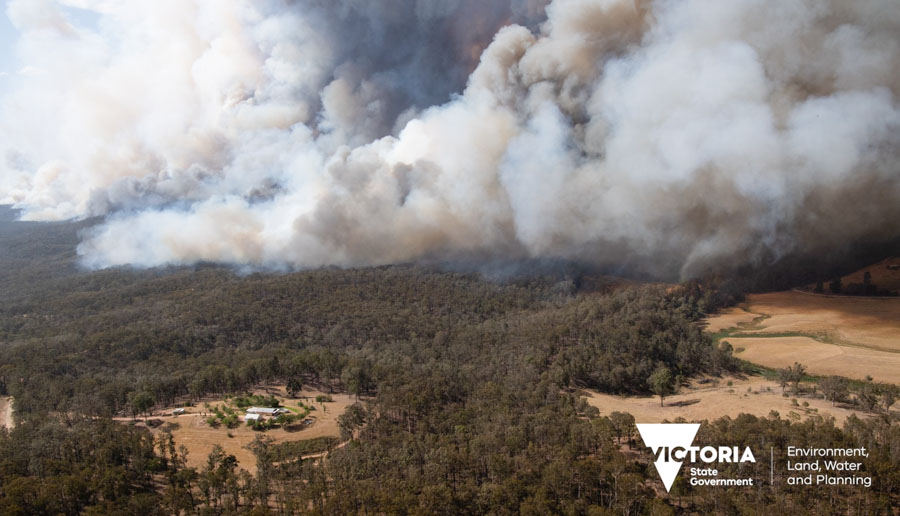