Increasing winter snowmelt is being recording at one-third of 1,065 snow measurement stations from the U.S.-Mexican border to the Alaskan Arctic. Significant melt increases have been recorded mostly in November and March. However, CU researchers found that snowmelt is increasing in all cold season months, from October through March. 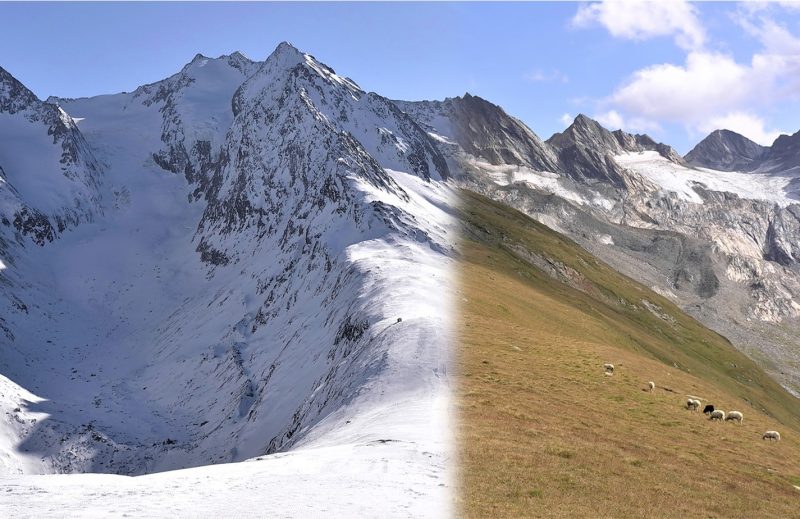 Published in Nature Climate Change, the findings have important implications for water resource planning. Keith Musselman, lead author on the study and research associate at the Institute of Arctic and Alpine Research (INSTAAR) at CU Boulder found that melt prior April 1 has increased at almost half of more than 600 stations in western North America, by an average of 3.5% per decade.

Typically April 1 is when the deepest snowpack is measured and the highest snow water equivalent (SWE) reported. Throughout the winter, the snowpack serves as a water bank. It accumulates like a savings account until melting makes withdrawals, releasing water into watersheds.

“That slow trickle of meltwater that reliably occurs over the dry season is something that we have built our entire water infrastructure on in the West,” remarked Musselman. “We rely very heavily on that water that comes down rivers and streams in the warm season of July and August.”

The shift away from reliable water supply in summer is a big concern for water resource management and drought prediction in the West. It has implications for wildfire seasons and agricultural irrigation.

about the data source

The extensive snow pillow or snow sensor network collects both automated and manual observations. The CU Boulder study is the first to compile data from all 1,065 automated stations in western North America.

Musselman points out that the timeseries of automated, continuous snow measurements shows “very widespread” winter melt trends — at three-times the number of stations with snowpack declines. It indicates the impact of climate warming and temperature over time on winter snowpack.