To mitigate impacts of stormwater runoff, significant public resources are being invested in a variety of solutions to reduce combined sewer overflow (CSO) events and prevent street flooding.

Landscape and Urban Planning published the findings of a new study on the public benefits of green roofs by researchers at Reed College, the University of Illinois, and Portland State University.

Green roofs capture rain or store water that would otherwise flow into drainage systems. Extreme rainfall events can quickly overwhelm aging infrastructure and lead to flooding, which may cause water quality threats as well as transportation disruptions in many cities. 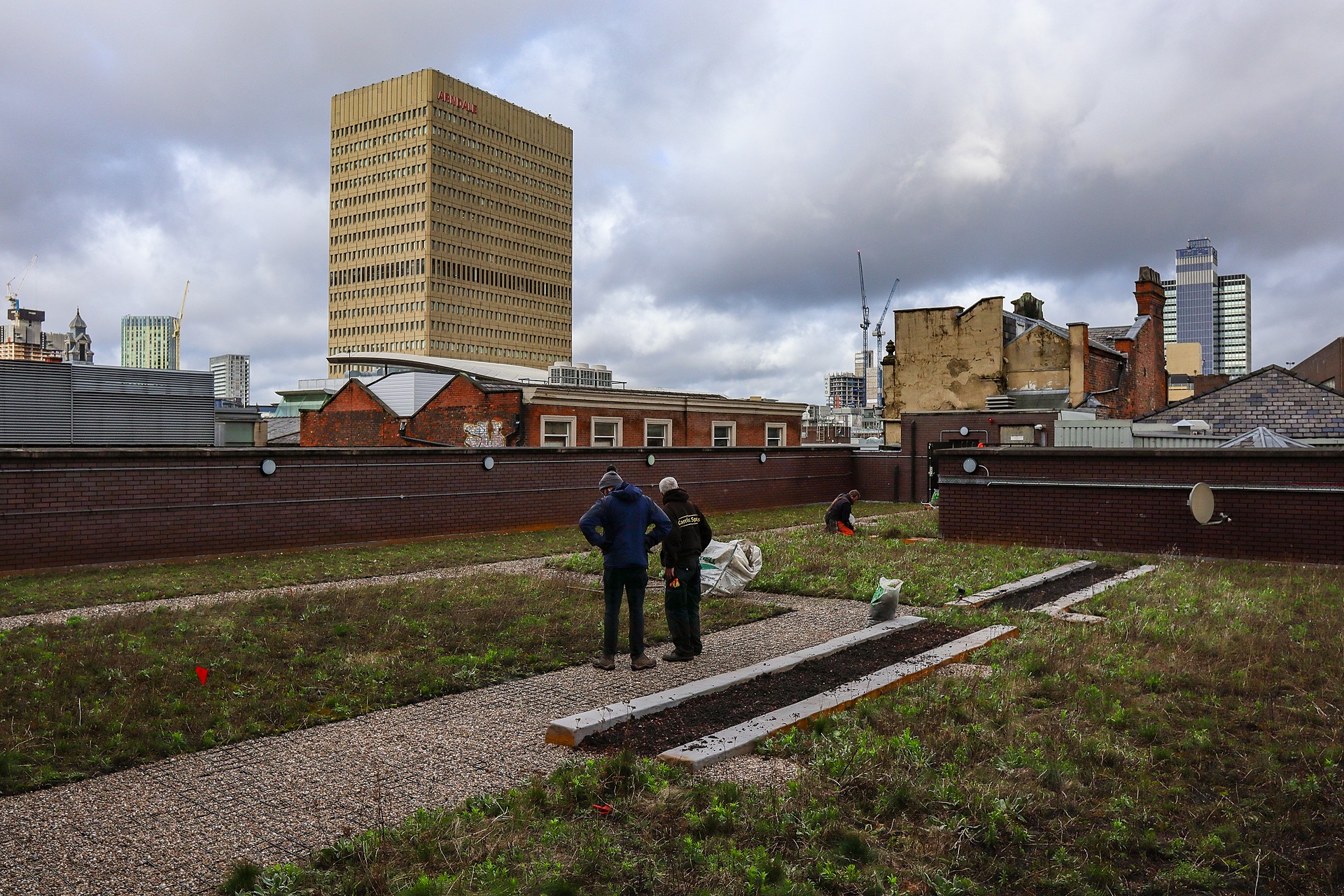 Survey respondents were educated that “it would cost more to decrease sewer overflows three times per year rather than two, lower the ambient air temperature by over one degree rather than half a degree, and bring in a significant amount of bees, birds, and butterflies rather than keep pollinators at the same level.”

The study then asked about the willingness to pay for benefits such as reduced CSOs, reduced urban heat island effect, and preserved or increased biodiversity (in terms of the presence of pollinators like bees and butterflies).

Survey respondents placed the “largest value on reducing CSO events and (they) are willing to support additional funding,” according to Noelwah Netusil, professor of economics at Reed College and the study’s lead author.

Portland, Oregon is a leader in incorporating green infrastructure for stormwater management, and plant-covered roofs have become a regular sight. Since 2018, the city of Portland has required new buildings in the central city with a footprint over 20,000 sq ft (1858 m2) to have an ecoroof covering 100% of the area (minus a few exceptions like solar panels and evacuation routes) to further minimize flooding risk. Most green roofs are concentrated in the city center, covering 1.4 million sq ft (130,064 m2).


The cost would be added in monthly installments to the sewage and stormwater utility bill for one year; then, green roofs would be installed a year after the program was fully funded.

Respondents who knew nothing about green roofs prior to the survey were still supportive of the green roof program.

Preference was expressed to equally spread out ecoroofs across the city rather than concentrate them in the city center.

Discover blue green roofs, the next generation of green roofs in this 5-min video: www.youtube.com/watch