PNNL hydrologists suggest the connection between drought and the generation of hydroelectric energy is more nuanced and the outlook less pessimistic than policymakers and system planners decry.

Sean Turner, water assets modeler at PNNL and principal creator of the report, led the analyses of a combination of 20 years’ of annual power generation data from more than 600 hydroelectric power plants, historical precipitation data from eight distinct hydropower climate regions in the western U.S. and unique reservoir operating conditions. Then the hydrologists extrapolated hydropower generation dating back to the year 1900.

The team used machine learning and statistical analysis to categorize hydroelectric plants according to yearly generating patterns. Distinct hydropower climate regions reveal that hydropower plants west of the Cascades experience different climatic conditions than those to the east, even when they exist in the same, large river basin like the Columbia River.

Looking at the bigger picture 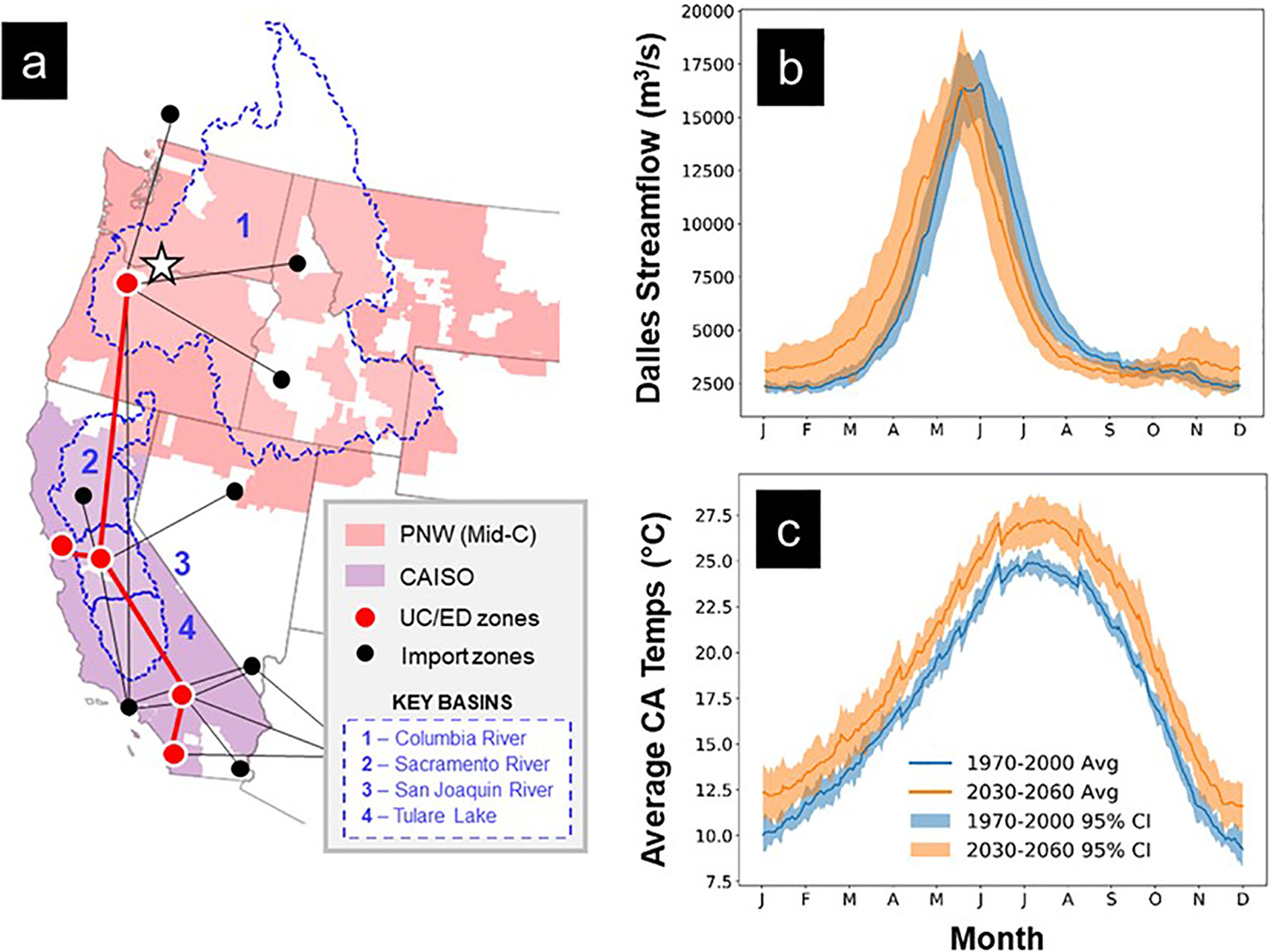 News stories about one particular dam like Glen Canyon Dam during a drought or one particular state, like California, may give the public an inaccurate impression that hydropower won’t be very reliable in the future, “but one dam represents just a small portion of overall capacity,” said Turner. “…Total western hydropower will still be a major source of power supply even during the worst drought years.”

The PNNL hydrologists reported that over the past 20 year period of study, no drought has simultaneously affected all major hydropower generation regions.

Low river flows and reservoir levels in California and the Southwest are affecting hydropower generation, but the Northern Cascades and Columbia River Basin in Washington, Oregon, Idaho, and British Columbia are dispatching “the lion’s share” of hydroelectricity to the grid in the West.

“The climate models disagree as to whether droughts will become more severe or frequent in the future, or if the area is going to become drier or wetter in terms of precipitation over the next hundred years,” said Turner.

Under the strain of heat waves

PNNL power systems modeler Konstantinos Oikonomou has been investigating hydropower dam performance during a recent heat wave during the last week of June, 2022.

“Rapid snowmelt during the heat wave helped reservoirs fill with water, which allowed hydropower plants to meet the increased load demand” as residents and businesses sought relief from air conditioning.

Then researchers asked about multiple and consecutively heat waves and declining water availability from diminished snowpack. Hydrologists and power system modelers simulated the impacts of compounded heat waves and droughts on the power grid; they found that regional interconnections are critical to manage extreme events.

Oikonomou’s research now focuses on creating a new framework for simulating grid behavior under extreme weather conditions, such as compounding droughts and heat waves, and under occurrences like faulty transmission lines.

He will run a variety of what-if scenarios for an entire year using the Western Electricity Coordinating Council’s large-scale power grid model “to zoom in on particular timestamped events to understand energy shortfalls and other energy resources in the system (that) had to ramp up to compensate for the loss of hydropower.”

Oikonomou believes the finding will “help operators and system planners explore mitigation strategies to fortify the grid against outages.”