Boston is built atop mid-19th Century wood pilings anchored about 15-20 feet deep into ground saturated by groundwater. As long as those supports remain submerged, they can stay strong for centuries…

However, prolonged drought in the region is causing groundwater levels to fall to dangerous levels, possibly exposing buried pilings to air that can start their decay.

Nearly 10,000 row houses and other buildings in nearly a dozen neighborhoods, from the North End to the Back Bay and Fenway, rely on wood pilings for support and may be at risk.

A short period of decay may not pose an immediate threat, but significant problems can begin to arise in as little as three years. Rotted pilings can cause a building to settle and crack, making it hard or impossible to open windows and doors. The worst case scenario is making a building unsafe to occupy. 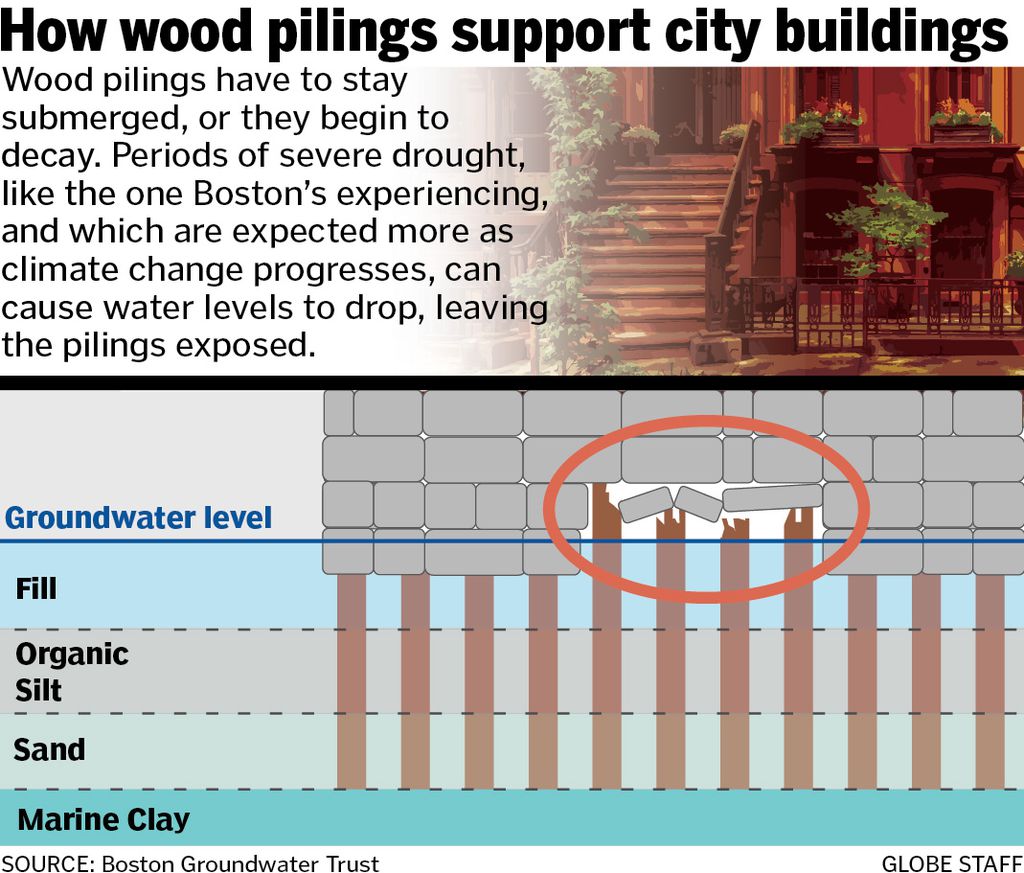 Rotting of pilings can halt when groundwater levels rise again, but decay will resume when pilings are re-exposed by longer or future drought conditions.

This summer, as drought in Boston went from mild to significant to critical, the Boston Groundwater Trust has observed drops in many of its 813 monitoring wells across the city; 31 wells are at their lowest level on record.

The Trust was established in 1986 by the Boston City Council to monitor groundwater levels in threatened parts of the city and make recommendations. Its monitoring efforts -- and rapid repairs by the city of underground leaks – have led to a sharp decrease in groundwater problems.

Massachusetts is projected to see an increase in both extreme precipitation and drought, according to a recent report entitled Climate Change Impacts and Projections for the Greater Boston Area from University of Massachusetts (UMass) Boston. Both will pose problems for groundwater management in the city.

The Groundwater Trust is collaborating with the city and state to focus on how best to prepare.