On January 3, the California Department of Water Resources (DWR) conducted the first snow survey of the 2023 water year at Phillips Station. The manual survey recorded 55.5 inches of snow depth and a snow water equivalent of 17.5 inches, or 177 percent of average for this location.

Electronic readings from 130 stations placed throughout the state report that snowpack is 174 percent of average for this date.

The snow water equivalent (SWE) measures the amount of water contained in the snowpack; it is critical to the agency’s forecast of water supply especially during summer and fall seasons. The Sierra Nevada snowpack supplies about one-third of California’s water needs. It has the ability to store water or reserve it for warmer weather months.

Over the next week, more precipitation -- both rain and snow – are forecasted to fall over California. Parts of California, especially those marked by wildfire burn scars, also face high levels of flood risk as the soil is unable to retain moisture. Drought and extreme heat also make soil less absorbent, increasing risk of flooding.

“Big snow totals are always welcome, but we still have a long way to go before the critical April 1 total,” said Sean de Guzman, DWR’s Snow Surveys and Water Supply Forecasting Unit Manager, “If (snow surveys) through March of 2023 turn out to be similar to last year, we would still end the water year in severe drought with only half of an average year's snowpack.”

California DWR conducts five media-oriented snow surveys at Phillips Station each winter near the first of each month, January through April and, if necessary, May. 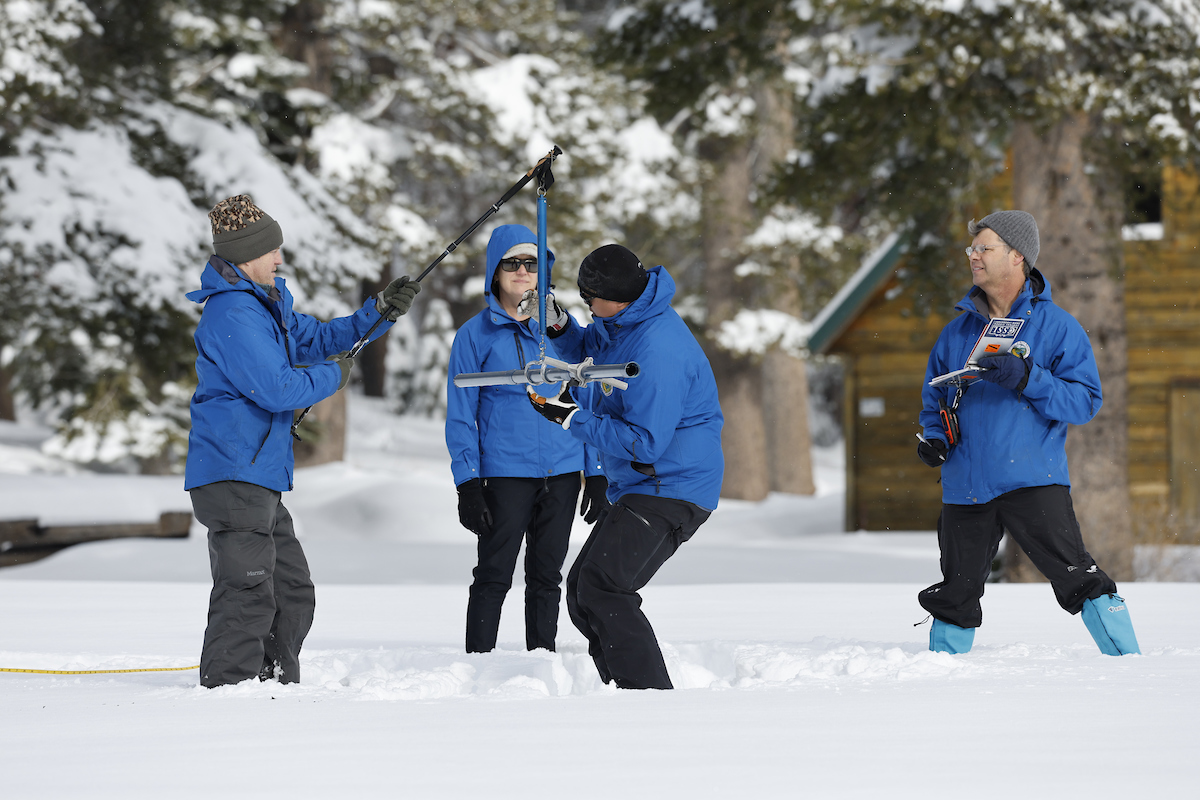